An extension to a simple semi-detached flat roof dwelling at Irish Estates, Corbally in the suburbs of Limerick city for a professional couple and their family to to maximize the potential of the dwelling and its suitability for modern day family living. As a semi-detached house the plan is slightly different to the norm and the stair location affords nice light penetrating deep into the centre of the plan and the circulation areas. There are also existing windows on the gable walls to the front of the house which give a nice three dimensional quality to these rooms.

The new addition was designed to respect in scale to the existing dwelling both in massing and in the size of the spaces created. The geometry of the boundary wall was incorporated into the design through adding a small extension to this dining area, now a playroom, and the issue of oblique overlooking was resolved. This additional area formed a connection to the new extension and in particular the kitchen area. The main extension is then on two floors with a large room on Ground with kitchen, dining and seating area with a window to the garden and doors to a paved / deck area to the side. The kitchen area locks back into the existing house with a new utility and toilet housed in the existing space behind. The First floor assumes the new geometry and accommodates the additional bedroom and bathroom. This room is disconnected from the main house except through a corridor link back forming a threshold between new and old. 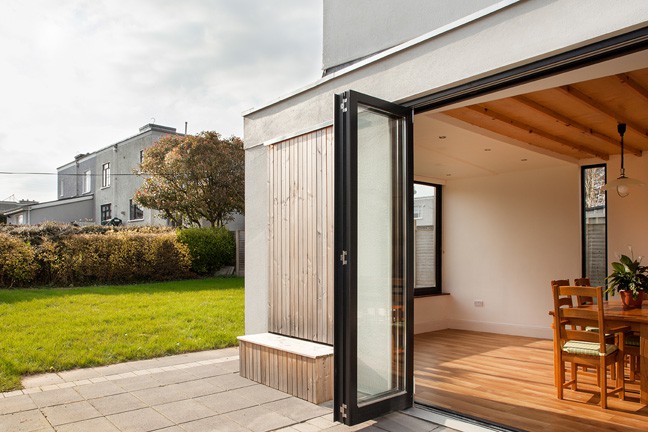 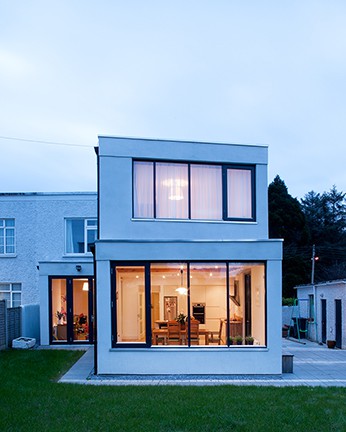 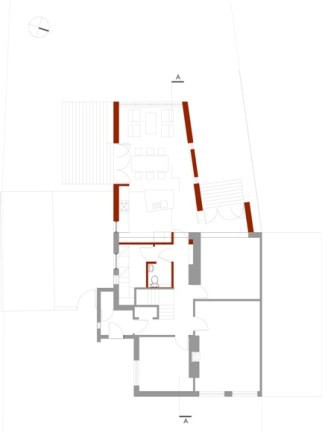 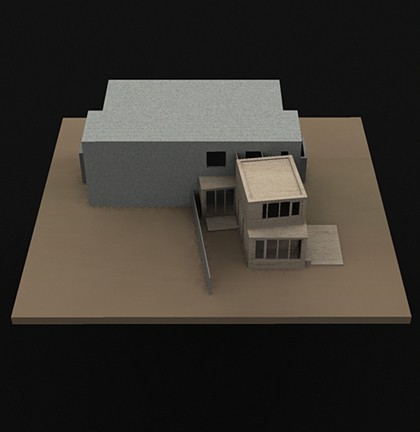 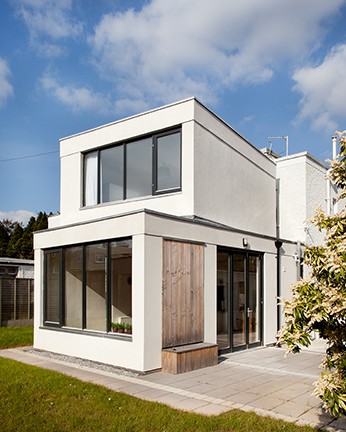 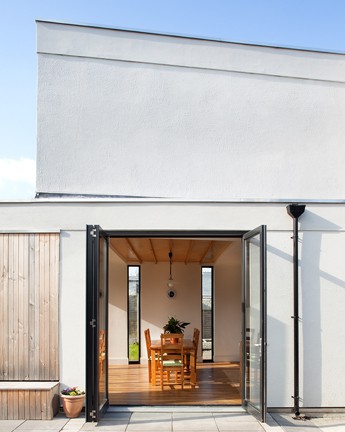 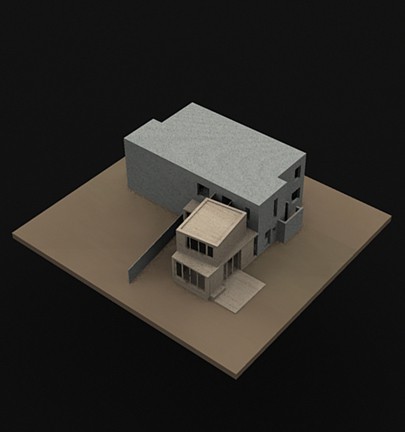 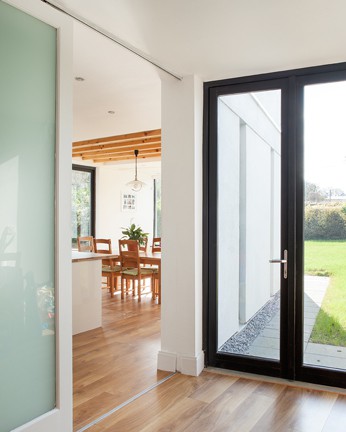 View from playroom to new room 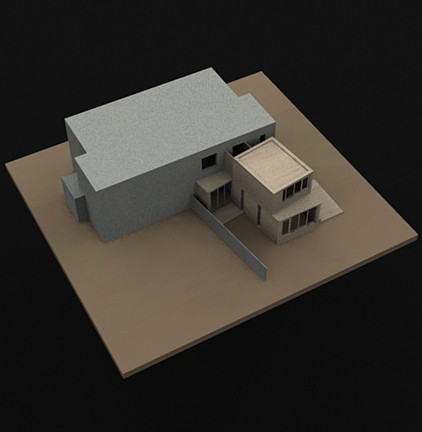 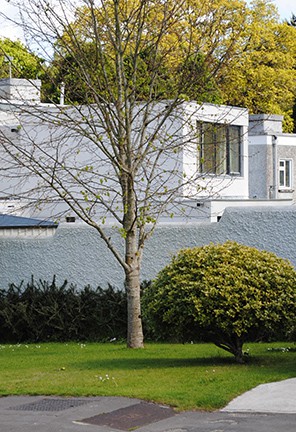